Weekly Geek BUZ: Disney, The Future of Gaming, and Oblivion

I had to take a week off last week, but this week we’ve got a big week for both movies and video games, with news from Disney, and history video game moments. Let’s start off though, with an open letter to Disney.

The Big BUZ: An Open Letter to Walt Disney Studios

In the past few months, and looking forward to the next few in the future, it seems to me that you are working on the acquisition of a huge majority of the entertainment industry, through the acquisition of companies like Pixar, Lucasfilms, Marvel Comics, and possibly Hasbro. This acquisition spree means that you are, or hope to be, the owners of franchises like many an 80s’ nerd’s beloved Star Wars, The Avengers, Transformers, G.I. Joe, and Power Rangers.

As one of the nerds that was born in the 80s and growing up in the 90s, I would just like to say that I trust you wholeheartedly, but I don’t. The reason for it though is the numerous betrayals at the hands of incompetent directors and producers, and non-supportive studios that end up turning the classic franchises into things barely recognizable or somewhat ridiculous. I will go on the record to say though that this is not your fault, Disney. I believe that you may actually make things better, but you need to keep your audience and the fans of the franchise in mind, while trying to balance out the movie in terms of possibility and budgeting.

I hope that we, the fans, don’t have to give up on our favourite franchises because you put them to shame. You aren’t our last hope, but you definitely have a lot to deliver upon.

So there are actually three stories here, one of them is a more technical update on the PS4, which I won’t address too much, so I’ll just link the article somewhere, and move on.

Our first major gaming news story is related to Bioshock Infinite. It was announced that Irrational Games had hired a Russian Elizabeth cosplayer, Anna “Ormeli” Moleva, as the real-world model for Elizabeth. 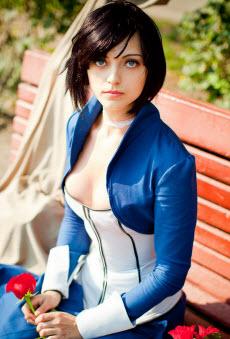 Moleva will be the model used on the Bioshock Infinite game cover, and will be involved with Irrational Games as part of the game promotion team.

So what do these stories have in common? The answer to that is that gamers and video gaming is really finding a place in the world as an art form, and it’s really being taken seriously by people. This is amazing news because it means that it is easier for us to find practical benefit in doing something we love. It may be video gaming, but now, it’s not just video gaming.

Okay, so I’m not really bringing this back as a whole segment, but my boss insisted that I mention it because he’s a fan of Tom Cruise and Morgan Freeman. It’s Oblivion.

Don’t forget to check out BUZ Banter and Movie Feuds for this week’s dose of their rants and thoughts.

Netflix is bringing its hit drama series Ozark back for a fourth and final season. The award-winning series stars Jason Bateman as an out of his depth financial advisor who becomes entangled laundering money for a dangerous drug cartel. Landing... Read More