This week’s edition of Geek BUZ is all about the feel good stories, even if the story itself isn’t entirely nerdy. The fact is, our site is an entertainment website in part, and while we aren’t going to ever become quite what People Magazine or Perez Hilton are, we will still talk about celebrity related stories every now and again, just because sometimes, people need a pick me up. Also, this is my article, and I decide what goes into it.

So, without further ado, let’s look at the first, and biggest story of the week.

As you, and the rest of the planet, probably know, this past week marks an incredible occasion whereupon human courage was displayed by a guy…jumping…from a really really high place. Maybe I didn’t think this through as well as I could have.

But in all honesty, Felix Baumgartner is pretty amazing for having taken a step and breaking as many records as he did, all at once. I’ll grant you that this doesn’t seem as big if you simplify it the way I did, but the amount of preparation that this takes is considerable and makes this guy a pretty big role model, especially since afterward he said that if anyone were to go and try to break his record, he would happily be there to help them, and that is the definition of a good sportsman, and a human that is trying to make the world a better place.

You can of course find out more about the jump by visiting the link here, but what do you think? Was the jump one worth praising or not? Leave your comments in the space provided below.

So, I mentioned at the onset that I’d be talking about celebrity stories here. This is the first of them. Katy Perry sang at the “Night of Too Many Stars” with one of her fans, an autistic girl named Jodi DiPiazza, and the performance was pretty amazing.

I only mention this as a small story, but really, it is a display of one of the amazing things humans are capable of: compassion. It’s one of those nice stories that comes along and really leaves a feel-good feeling behind.

So this is one of the feel good stories for the adults in our audience. Specifically, this story is for the beer drinkers who’ve wanted to find the perfect beer. While I haven’t found one of those for you, I did find a story where researchers are working on manipulating the genome of barley used in the brewing of beers, in hopes that they can grow barley that will make the beer taste better.

As a beer drinker myself, I can’t say it matters too much to me, but then I’m not a savant in the matter, so my opinion really doesn’t count. If you want to find out more about this story, you can check out the Reuters article this came from.

Remember how we mentioned a while back about there being a new Robocop movie? Well, we have some more images from the set in Toronto including Robocop’s new motorcycle. I have to say, it looks pretty sweet. 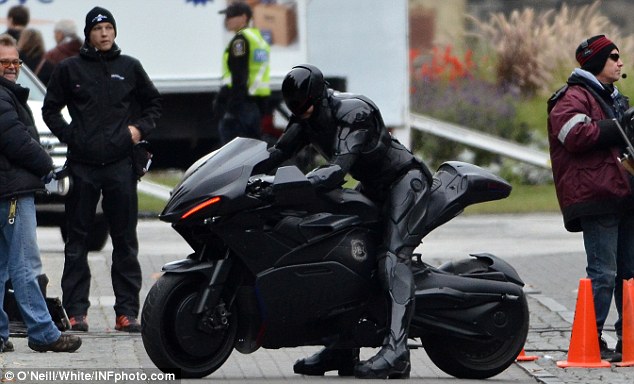 The movie is being shot in Toronto, and is really starting to shape up. You can check out the other images and the rest of the story over at Daily Mail UK.

Okay, so there’s a couple of stories here. I’ll just break it down and leave you with some links so you can find out more.

You can chat on the WiiU, but there is a catch!Is the WiiU manufactured by child labour?

Mostly, I don’t own a Wii and don’t really care much about the WiiU, but these are also stories that I figure won’t change the opinion of people who are either going to buy it or not. Anyways, check them out for yourselves.

Here are this week’s episodes of BUZ Banter and Movie Feuds. Don’t forget to subscribe to the channels and keep watching.

In a shocking turn of events, after playing the titular hero for its debut season. Ruby Rose has decided to exit the starring role on The CW's Batwoman. The latest addition to the Arrowverse was already renewed for a second season,... Read More